Correcting the record for Jon Huntsman 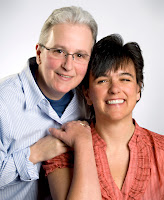 The Washington Blade, an LGBT newspaper in D.C., is reporting today on comments that Republican Presidential Candidate Jon Huntsman recently made about the Defense of Marriage Act (DOMA). Huntsman, a former governor of Utah and ex-ambassador to China, is the most moderate and LGBT-friendly of the Republican candidates but is polling at the bottom of the pack. Nonetheless, he definitely got it wrong when he suggested that “DOMA serves a useful purpose” in that it allows states to make their own decisions on marriage.

Here’s the full text of the exchange between Huntsman and Blade reporter Chris Johnson:

Blade: If I could just follow up on that really quickly, the Defense of Marriage Act prohibits federal recognition of same-sex marriage — even in states where it’s already legalized. As a matter of states’ rights, do you think it should be repealed?

DOMA allows states to make their own decisions on marriage? Really? Tell that to the plaintiffs in our Gill and Pedersen DOMA challenges. The states of Connecticut, Massachusetts, New Hampshire and Vermont decided to let them get married, yet that decision isn’t respected at the federal level because of DOMA. That’s not very useful to Gill plaintiffs like 81-year-old widower Herb Burtis, who can’t access his deceased spouse’s Social Security benefits; or federal postal worker Nancy Gill who can’t cover her wife Marcelle (the couple is pictured at left) on her family health insurance plan – which is why the federal court Judge Joseph Tauro ruled in favor of the Gill plaintiffs last year. (The case is now in the Court of Appeals for the First Circuit; we are currently awaiting a Pedersen decision from the Second Circuit Court.)

And rather than be able to ensure that all residents who marry within their borders are protected at the federal level, marriage equality states are forced against their will to discriminate against their own citizens, as our Attorney General Martha Coakley successfully argued in Massachusetts v. U.S. Dept. of Health and Human Services, the state’s lawsuit against DOMA. It’s a position that Gov. Deval Patrick – along with Connecticut’s Gov. Dannel Malloy, Vermont’s Gov. Pete Shumlin and Gov. Andrew Cuomo of New York, where same-sex couples can also marry – reiterated in a recent letter to Congress calling for DOMA’s repeal.

As Judge Tauro noted in his Gill decision, “the historically entrenched practice of incorporating state law determinations of marital status where they are relevant to federal law reflects a long-recognized reality of the federalist system under which this country operates. The states alone have the authority to set forth eligibility requirements as to familial relationships and the federal government cannot, therefore, have a legitimate interest in disregarding those family status determinations properly made by the states.” In other words, when states decide to enact equal marriage laws, the federal government needs to respect them.

So what Mr. Huntsman really should have said was that DOMA “allows states to make their own decisions, to make their own way, and the Defense of Marriage Act, I think, is a safeguard for those states that want to continue to discriminate against same-sex couples to make that decision.”

We’re happy to set the record straight for him.

Posted by Laura Kiritsy at 4:31 PM