A Class Act: Author Jodi Picoult Will Receive the Community Award at the Summer Party July 30 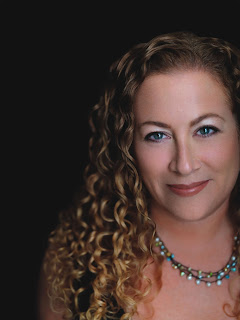 Last week’s Bay Windows has a great interview with bestselling author Jodi Picoult, in which she discusses her latest novel, Sing You Home, and the Community Award she’ll receive from GLAD at our annual Summer Party in Provincetown on Saturday, July 30. Full disclosure: I authored the piece on Jodi, so I may be biased about how great it is, but it’s clear from reading it that Jodi is a class act and a committed supporter of the LGBT community. In fact, she took time to do the early-morning interview with me in the midst of caring for an ill family member who was in the hospital. Nonetheless, she was very gracious and thoughtful throughout our chat.

What was most surprising to me was the amount of research Jodi did in preparing to write Sing You Home, the story of Zoe and Vanessa, a lesbian couple who are trying to start a family through artificial insemination in the face of a legal challenge from Zoe’s ex-husband Max, an evangelical Christian. In addition to consulting Lise Iwon, the openly lesbian president of the Rhode Island Bar Association and a longtime GLAD collaborator and supporter on the particulars of LGBT family law (which led her to create the character of Angela Moretti, the fictional GLAD lawyer who represents Zoe in court), Jodi told me she spent an enlightening (and not in a good way) time talking with some of the folks from Focus on the Family, a notoriously anti-gay organization, and even thanks Focus’ “ex-lesbian” activist Melissa Fryrear in Sing You Home’s acknowledgements (like I said, she’s a class act).

This isn’t to say that she at all buys into Focus on the Family’s anti-gay ideology, as she made clear in our interview. Jodi told me she had long wanted to tackle gay issues in her fiction because the country has not yet granted full equality to gay and lesbian people. That desire became even stronger when her teenage son Kyle came out to her and his dad during the writing of Sing You Home. As she said in the interview, “It wasn’t just a theoretical journey anymore. It was really, for me, a mom’s mission: how do I make the world a better place so that when Kyle’s ready to get married and have his kids, he doesn’t have to jump through hoops in order to do it.”

But Jodi’s advocacy for the LGBT community goes beyond the affirming message of Sing You Home. In a wide-ranging live chat with the Trevor Project – to which she is donating a portion of the book’s proceeds – earlier this year, she revealed that she has been mentoring a young lesbian who was struggling with her unaccepting conservative Christian family. On top of that, she’s been engaging in dialogue with the many fans who have written to criticize her for Sing You Home’s portrayal of the homophobic Christian right (which, based on my experience, is spot on), and confronting their misguided arguments against gay rights -- and against gay people generally -- head on.

With Jodi, art clearly imitates life. That’s why GLAD is proud to honor her at this year’s Summer Party. We hope you’ll join us on July 30!

Want to be in Jodi Picoult's next book? You could win that - and other fantastic packages - in our amazing Summer Party auction (you don't need to be present to bid on many items)!

Posted by Laura Kiritsy at 9:41 AM