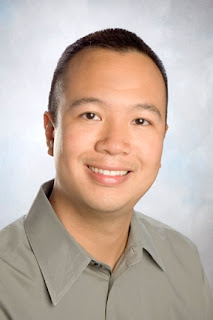 Check out this post by our staff attorney Janson Wu.


About a month ago the American Medical Association (AMA) passed a resolution in support of marriage equality, joining every leading professional medical, scientific, and social science community in denouncing the exclusion of American citizens from marriage. In passing this resolution, the AMA recognized the severe adverse health affects that marriage inequality has on LGBT people as well as their children.

What made this success even more thrilling was that I got to work with my spouse, Adam Levine, on this issue. With my GLAD colleague Mary Bonauto, I advised on the language used in drafting the resolution. Adam then worked with other AMA delegates for over a year to help lead it to passage.

But this was not Adam’s and my first professional collaboration, nor our first success. About two months ago the Massachusetts Medical Society passed a resolution in support of transgender anti-discrimination protections. Adam, a physician delegate to the MMS, and I worked on the draft of the resolution and the accompanying report, strategized responses to any opposition, and identified the key individuals within the MMS whose support was crucial for the resolution’s success.

My work with Adam in building support within the medical community for LGBT equality dates back almost four years to a dinner table argument. Back then, we were an overcommitted, career-oriented professional couple with not enough time to see each other. (Hmm… maybe that hasn’t really changed much.) And so, I kept pushing Adam not to renew his involvement in the various medical associations, including the MMS and the AMA, because I saw it as an opportunity to free up more of his time (for me, of course).

Not to mention, what did he get out of it anyway?

In response, Adam tried to convince me that he remained involved with the MMS and AMA because, for him, it was one of the ways he could effect social justice change within his own profession. He pointed to the many LGBT-friendly resolutions that he had helped pass at the AMA over the years. Incredulous still, I challenged him: “Well, could you get the AMA to support the importance of transgender-related health care?”

And with that, we drafted a resolution asking the AMA to support private and public health insurance coverage of transition-related health. We created FAQs and talking points, analyzed various proposed amendments and generally worked together to guide the resolution to ultimate success at the AMA in 2008. It was a terrific victory that no one thought would happen.

Over the years, Adam has also gotten the AMA to sign onto an amicus brief in a transgender prisoner case in Wisconsin, secured supportive testimony from the president of the Rhode Island Medical Association in support of marriage equality, and helped us reach out to supportive doctors and state medical associations throughout New England.

Dating (and now being married to) a doctor has always had its challenges (overnight shifts, long hours, etc.). But getting to work with him on these projects that combine both our worlds has been one of the most rewarding things I’ve gotten to do at GLAD. I guess this is one argument that I lost.

Now, if I can only get him to stop going to so many conferences.