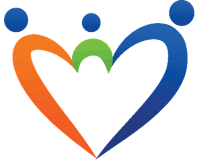 We love to see headlines like the one atop a story in today’s Boston Globe: Same-sex parents share role, court says The story details a ruling by the Massachusetts Appeals Court which said that state law gives two people equal legal standing when a child conceived by artificial means is born during a marriage, despite the fact that the law specifically refers to a “husband” and a “married woman.”

“We do not read ‘husband’ to exclude same-sex married couples, but determine that same-sex married partners are similarly situated to heterosexual couples in these circumstances,’’ the court wrote in its brief, unsigned opinion.

The decision marks the first time that an appellate court in Massachusetts has squarely addressed the issue of a child’s parentage when they were born into the marriage of a same-sex couple since GLAD’s historic Goodridge victory made it possible for same-sex couples to marry here starting in 2004. When the Supreme Judicial Court ruled in favor of our Goodridge plaintiffs, it made clear that Massachusetts law must apply in the same way to married same-sex couples as it does to married different-sex couples, and that includes children born into those marriages.

That’s the good news. What’s disappointing about this ruling is the circumstance that brought it about: a divorced couple (identified in the ruling as Gabriella Della Corte and Angelica Ramirez) in which one of the parties attempted to exploit an inadequacy in the law against her same-sex ex-spouse. The Appeals Court’s opinion notes that Della Corte and Ramirez jointly decided to have a child through artificial insemination. Della Corte, with the consent and involvement of Ramirez, became pregnant through insemination two months before the couple married and later gave birth to their child. Although she had admitted that their child was a child “of the marriage” during the divorce proceedings, Della Corte later tried to argue in a complaint to change their post-divorce custodial arrangement that Ramirez should not be considered the child’s parent, arguing that her ex-wife didn’t legally qualify because she could never be a “husband” as stipulated in state law. In other words, despite the fact of their legal marriage, Della Corte tried to pull the plug on Ramirez’s parental rights over the obviously outdated terminology of the law in question. Obviously, as a woman, Ramirez isn’t a husband. But she is a parent based on the fact that a child was born into her marriage to Della Corte.

The phenomenon of same-sex partners exploiting the lack of legal protections for LGBT families – or laws that are outdated or don’t use LGBT-inclusive language, as in this case – isn’t new. GLAD and other LGBT organizations have been waging battles on behalf of LGBT parents whose exes use homophobic laws to try to cut them out of their children’s lives for decades. I’ve blogged about it at GLAD and reported on it in my previous life as a journalist. It’s also why, back in 1999, we created the document “Protecting Families: Standards for LGBT Families” in conjunction with other LGBT legal advocates and practitioners. The standards call on the members of our community – and their lawyers – to fight fairly and do their best to avoid damaging custody disputes. When we published an updated version of the standards last year, we created an online pledge so LGBT parents and legal practitioners could publicly commit to upholding them in an effort to further awareness of the need to ensure that children are able to continue healthy relationships with both of their parents in the unfortunate event that the parents split up.

It would also be helpful if our legislature – for the benefit of all our citizens, straight and gay – would give attention to modernizing our laws around reproductive technologies and parenting to provide more careful and precise guidance and comfort to everyone around these important issues.