Into the Woods: Providing a Different Kind of Counsel at Camp for Transgender and Gender Variant Youth 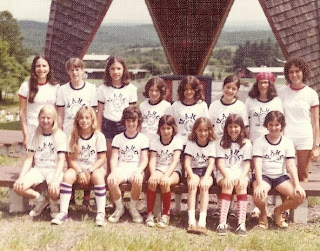 The last time I went to summer camp was nearly 35 years ago. Beginning when I was seven and continuing into my early adolescence, I spent between four and eight weeks each summer at overnight camp. The experience of being among peers and away from home was formative and life-changing, as it is for thousands, probably millions, of children throughout the world. I’ll never forget those long summer afternoons surrounded by friends playing kickball for hours followed by dinner (grilled cheese and tomato soup washed down with a tall cup of bug juice), a night game of capture the flag, then milk squad, and staying up late ignoring the counselors’ warnings to “get to sleep.”

But for most gender variant, transgender, and gender questioning youth, sharing carefree days of swimming, s’mores and rustic bunkhouses away from home with a bunch of other kids just isn’t an option. The reality is that most summer camps are ill-equipped to support and affirm these young people.

Increasingly, though, several camps have been cropping up across the country where all young people are invited, celebrated, and supported, regardless of their variant gender identity or gender expression.

So, this summer, after so many years of being away I am going to summer camp, thanks to the great folks at Trans Youth Equality Foundation (TYEF), who invited me to their Summer Retreat in the Maine Woods. TYEF’s camp aims to help gender variant and transgender youth develop confidence, self-reliance, and learn a sense of stewardship for the outdoors. I’m packing up my bug repellant and sunscreen, shaking out my sleeping bag and brushing up on the best campfire songs. It will be a unique experience that I’m excited to share with my partner and our daughter, both of whom are joining me on this adventure.

I’ll also be doing double duty as a camp counselor joining in the fun and, hopefully, providing just the right amount of adult supervision along the way. I’m hoping the weekend won’t be filled with karmic payback for the times I played slightly fast and loose with the camp rules. I’m not the best sleeper either, and I hope our bunks are comfortable.

I suspect, however, the chance to see transgender and gender variant young people experience the joys of summer camp without regard to their transgender identity will be more invigorating than exhausting. I love the idea that being at a camp that supports these young people allows them to ignore the identity that brings them there in the first place. They can be exactly who they are: kids.

TYEF’s camp – and others like it – are critical right now, given the dearth of safe and affirming spaces for transgender and gender variant youth. It’s a model of a healthy, supportive environment for our community’s young people that traditional summer camps can look to, so that one day our kids can pick whether to go to transgender-specific camps or general ones and, regardless of which they choose, be celebrated and affirmed for all of who they are.
Posted by GLAD at 10:27 AM