A Decision Worth Waiting For 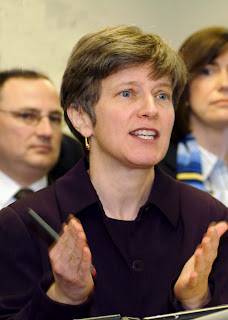 Mary Bonauto, the lead lawyer in our DOMA litigation, summed up Tuesday’s victorious decision in Pedersen v. Office of Personnel Management best during our post-decision tele-press conference. “I have to say,” she told reporters, “it was worth the wait on this one.”

Worth the wait, indeed. Though we’ve been anxiously awaiting a ruling in Pedersen, the second challenge to DOMA Section 3 that we filed in 2010, for about five months now, we could not have hoped for a better outcome. “The decision today from Judge Vanessa Bryant, I have to tell you, is outstanding,” said Mary. First, she noted, it is outstanding for the way Judge Bryant asserted that classifications based on sexual orientation should receive heightened scrutiny (which effectively means that those who support DOMA have a higher burden to prove the law isn’t discriminatory). Second, Mary praised Judge Bryant’s decision for being an extremely detailed analysis of why arguments made by the Bipartisan Legal Advisory Group (BLAG), the congressional leadership body that is defending DOMA in court, don’t pass legal muster. Judge Bryant pretty much eviscerates every anti-LGBT talking point, from the old “gays are bad parents” standby to the more recent “gays are so politically powerful they don’t need protections from the court.”

But for those of you who perhaps don’t have time to read all 103 pages of Judge Bryant’s takedown of DOMA – although I highly recommend you do – we’ve pulled out some choice quotes that will give you a sense of just how powerful her ruling was. Maybe they’ll make you want to read the whole thing, or maybe it’ll give you just enough information to impress people over cocktails this weekend (because we know you love to talk about DOMA all the time).

Posted by Laura Kiritsy at 5:31 PM