If it ain’t broke… 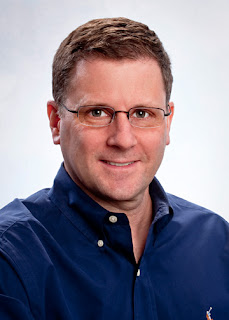 Yesterday, GLAD attorney Ben Klein testified at the State House in favor of “An Act relative to abusive practices to change sexual orientation and gender identity in minors,” legislation to outlaw so-called “reparative therapy” – the dangerous and discredited practice which purports to change people from gay to straight and transgender to non-transgender – for people under the age of 18.

“So-called conversion therapy is a disgraceful chapter in our society’s mistreatment of lesbian, gay, bisexual, and transgender people,” Ben told members of the Joint Committee on Children, Families and Persons with Disabilities. “It’s been proven ineffective, it defies modern medicine, and it inflicts serious psychological harm on young people.”

“Passage of this bill will send an important message that sexual orientation and gender identity do not need changing,” Ben also told the committee. “Being lesbian, gay, bisexual, or transgender is normal and healthy.”

While that’s basically a no-brainer in 2013, there were folks who turned out to testify against the bill. Among them was one Joann Highley of New York’s L.I.F.E. Ministry, a faith-based “conversion” organization. Joanne has some interesting things to say about “curing” homosexuality, which apparently entails the casting out of demons from bodily orefices. You can’t make this stuff up. Not surprisingly, Joanne didn’t include that helpful tip in her testimony to the committee yesterday.

You can read Ben’s complete testimony on our website. Boston Magazine also did some great coverage of the hearing.

To learn everything you ever wanted to know (and plenty you don’t) about “reparative therapy,” – also known as “conversion therapy” and “ex-gay therapy” – and it’s many harms and bizarre tactics, check out the website for Truth Wins Out, an ex-gay watchdog organization. We also recommend Beyond Ex-gay, an organization founded by performance artist and ex-gay survivor Peterson Toscano.
Posted by Laura Kiritsy at 2:06 PM