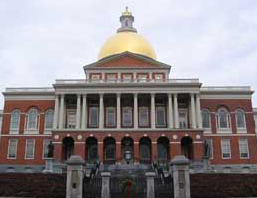 We’ve come a good way towards establishing legal protections for transgender people in New England in the past several years. In 2011, both Connecticut and Massachusetts added gender identity to their anti-discrimination laws, joining Rhode Island (2001), Maine (2005) and Vermont (2007) in providing protections in employment, housing and credit, and, in all but Massachusetts, public accommodations (like restaurants, bars, parks, stores, hospitals, shelters, etc.).

While the Massachusetts Commission Against Discrimination(MCAD), where discrimination complaints are filed, may provide public accommodations protections for transgender people using “sex” as the protected characteristic, securing explicit protections for transgender people in public settings is crucial. For instance, GLAD recently worked with a young woman who was prohibited from sleeping in the women’s dormitory at a homeless shelter on the North Shore because she is transgender. Instead, she was offered a mat and sleeping space on the floor of the shelter’s donations room and in a common area outside of the women’s bathroom and next to the men’s dormitory, putting her safety at risk.

The Coalition is holding a Community Action Day at the Massachusetts State House on Thursday, January 17th at 11am in the Suite 167 conference room. All transgender people and allies are encouraged to attend and meet with your legislators to ask for co-sponsorship for the Trans Equal Access Bill.

All six New England states also offer some protections for transgender students.  The anti-discrimination agency in Connecticut, The Connecticut Human Rights and Opportunities Commission (CHRO), has created a set of guidelines for schools to follow for their transgender students. GLAD is working to try to get similar guidelines established in the other New England states.

Four of the New England states have gender identity protections in their hate crimes laws—Vermont (2001), Connecticut (2004), Massachusetts (2011) and Rhode Island (2012), acknowledging the increased vulnerability of transgender people to bias-motivated attacks and providing for more severe sentences for perpetrators.
Slow but steady progress is also being made around requirements to change one’s gender on identity documents, moving away from requiring surgery to simply requiring proof that the person is committed to living in her or his designated gender.  Proof of surgery is no longer required to change gender on U.S. passports; drivers’ licenses in Connecticut, Maine, Massachusetts, Rhode Island and Vermont; or birth certificates in Vermont.

As  Drew Carson, profiled in our book We Are New Hampshire and fortunate enough to meet New Hampshire’s stricter requirements, points out, having consistent documents “makes a huge difference in navigating the world as myself—it gives me the legal back-up that many transgender people do not have.”

But Mason Dunn, who also shares his story in We Are New Hampshire, cannot meet the overly strict requirements to legally change the gender marker on his driver’s license, which forces him to come out as transgender every time he must show identification, potentially exposing him to discrimination and even violence.

Clearly, there is more work to do.  In addition to stricter requirements for changing gender on identity documents, New Hampshire has yet to provide any explicit protections for transgender people at all. Transgender people across New England and nationwide lack consistent access to insurance coverage for needed medical care, and far too often face discrimination in family court. GLAD continues to work on litigation, legislation and legal and public education in all these areas and more to ensure equality and fairness for transgender people throughout our region and the country.

If you have questions or want additional information on this topic, contact GLAD’s Legal InfoLine at 800-455-GLAD (4523) or www.glad.org/contact-infoline.
Posted by Bruce Bell, InfoLine Manager at 11:32 AM